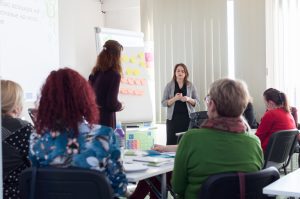 All counsellors working in the National Employment Service have qualifications in psychology and counselling. However, the qualifications of practitioners working in other sectors vary substantially. For example, in primary schools, teachers and pedagogues/psychologists underwent additional training in professional orientation. Additionally, many teachers, psychologist and pedagogues from secondary education underwent seminars on career guidance developed by Euroguidance centre, Belgrade Open School, GIZ, and many others. There have been 10 accredited programmes for continuous professional development. The Bylaw on standards for career guidance and counselling services, which has just been adopted in 2019, defines general and specific competencies of career guidance practitioners. Further development of new CPD programs is expected once the Standards are adopted.

One of the latest initiatives in the area of career guidance was the development of the Standards of career guidance services initiated by the Ministry of Education, Science and Technological Development and coordinated by the Institute for Improvement of Educational System. Working group for the development of the Standards finished their work in October 2017 and the document was officially adopted in 2019. The translated Bylaw on Standards of Career Guidance and Counselling Services is available here.

There are several studies on the guidance system generally and the provision of services in specific sectors. One of them, “Feasibility study regarding the founding of the national resource centre for career guidance and counselling in Serbia and further development of career guidance and counselling system in Serbia” was conducted in 2014 as a part of the project funded by the European Delegation to the Republic of Serbia. There have been several other research studies conducted mostly in the NGO and academic sectors. One example of such a study was “Career Guidance in Secondary Schools – Current State and Further Steps” by Belgrade Open School. Belgrade Open School also conducted a study in 2016 in secondary schools which aimed to investigate types of activities represented in school career guidance programme.

Abovementioned Career Guidance Standards tackle the ethical issue by defining guidance practitioners’ competencies which include ethical behaviour of counsellor and respecting clients’ privacy. Organisational Standards as a part of this document define a set of principles connected with ethics such as preservation of clients’ personal data, protection of client’s interests, etc. 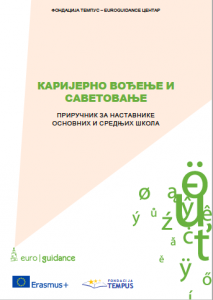